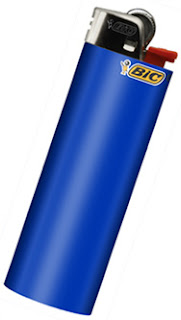 It's Thursday morning and I traded in my exhausted sleeping in for my usual up early sleep pattern, so I have a few minutes to post.

I played last night for the first time at the NMA reunion. It went pretty well, altogether. I played better than I feared I might, but not as well as I hoped I would. I've received plenty of compliments on my playing --- earned, I hope. I think part of the problem last night was that I had to pick harder than I normally would because I couldn't hear myself very well. Tonight I'll get my amp stand which will tilt it up toward me and make it easier to hear what I'm playing. All of us in the rhythm section remembered most of the changes for the tunes we played. The problem was, of course, when I remembered version A, the piano picker version B, and the bass player version C. When that happened, things got confusing and one or more of us would lay out until a quorum was decided by the others. All in all, I think it worked out pretty well.

There were many such games, but perhaps the best one was the "Cigarette Lighter Game". A bit more complicated than "Leo is...", it went like this: Frank would say "Things are pretty boring right now. How about the 'Cigarette Lighter' game?" "Sure," I would say, "that sounds like fun, whereupon MU1 Phil Letcher and MUC Charlie Sweet would intone, "I hate that game!"

Try as we might to get others to join in, the game was played by Frank and I alone. Deciding which one of us would go first could last 15 minutes or more, as we "tried" to recall who went first the last time we played or, through chivalry insisting that the other go first. This was merely the warm up, the opening act, so to speak, when we "primed" the audience for the hilarity which was to come.

A word about the audience and the "playing field". In the "Cigarette Lighter Game", Frank and I would be pitted against each other, but it was neither germane nor important to decide the winner and the loser. The winners were always Frank and I, while the losers were always the audience, so it was important for us to have an audience who could consistently accept defeat with ill-grace. It was also important that the audience be a small one, captive and in close quarters so they could neither move themselves out of earshot nor remove themselves entirely from the situation. This made the game perfect for Navy Bands in long van rides to who knows where.

The "Cigarette Lighter Game" was a guessing game of sorts. Frank would take out a cigarette lighter in full view and, still in full view, would "hide" it in his hand. Then I would have to "guess" what was in his hand. I'd get three questions and then I'd have to make a guess. Questions like, is it bigger than a bread box, or is it used for counter insurgencies, or does it weigh the same as a duck? After asking the three questions I would make a guess, and it was always important to guess wrong. Guessing wrong was often difficult because, in full view, Frank had just hidden a cigarette lighter in his hand. This meant that I would have to make myself forget what was hidden in his hand. I know that, like Nether-Laughter (laughter which occurs almost entirely in another dimension and requires no laughter in this dimension to be funnee), it is a difficult concept to explain. In fact, I've never successfully been able to explain it to anyone but Frank.

So I would guess that it was... say, a llama, a space shuttle, a tuxedo, etc. and Frank would tell me that unfortunately, I was wrong, and would then "console" me. By way of making up for my crushing defeat, Frank would then say, "Okay. Let's try another round, only this time I'll guess." And so on and so forth.

Ah, but those were the days. Having no wine or roses, having no swank accommodations, we made do with WPLJ and pepperoni sticks [White Port and Lemon Juice, the poor man's whiskey sour] and often crappy barracks. Somehow we got through endless days in a van, and a blur of school gymnasiums with grace and wit. Like Johnny Appleseed, we traveled to far off destinations like Fresno, Barstow, and that entertainment destination Salt Lake City, spreading the love, so to speak, of the U.S. Navy for reasons that we knew not. Still, they were and are the Good Ol' Days, and it is truly a joy to be able to get together with the other old farts to recall them.
Posted by John Derby at 5:19 AM