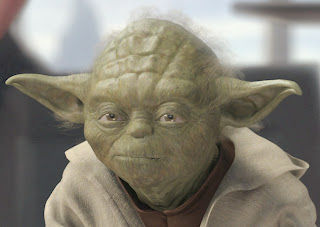 Only 5 days until the start of the NMA Reunion and I'm starting to get the jitters. If you've read earlier postings you'll know that Dracrevocsid, the Lady of Lake Taneycomo, has counseled me on stage fright: she reminded me that I won't die of stage fright. She's right, of course, but that doesn't stop the jitters from happening anyway. Let's face it, it's been right at 19 years since I grabbed a guitar and got on a stage!

I've had the stage fright jitters before, and sometimes played well. However, there have been times when I didn't play so well. One time I didn't play well was when I was stationed at the NavAcadBand and "auditioned" for Dick Morgan at a jazz club in D.C. called Blues Alley. Dick was a fantastic piano player --- truly top drawer! At that time, Dick was accompanied by Keeter Bets on acoustic bass and Mike Shepherd on drums. Whew!! They were awesome! You couldn't ask for a more musically intimidating trio. The fourth member of the group was Rick Whitehead, guitarist and leader of the Airmen of Note, the Air Force's premier stage band. When Rick couldn't make it onaccounta an Air Force gig, Steve Abshire played in his stead. Steve played with the Commodores, the Navy's premier stage band. The idea was that sometimes both Rick and Steve couldn't make it onaccounta Air Force and Navy gigs happening at the same time, so Dick needed a third guitarist to sub when the first two couldn't be there.

Mike Shepherd knew my playing from being the leader of the Naval Academy Band's stage band, and thought well of my work, so he asked Dick if I might sit in one night as a kind of audition. Boy, was I nervous. Man, was I nervous! Jeez Louise, was I nervous!! I was so nervous that I dropped my pick a couple of times and, unable to see the black pick on the floor in the dim lighting, had to finish my solos with just my thumb. I choked up that night. It seemed like any lick I tried to play was destined for disaster. Believe me when I say that I had plenty of opportunity to follow Gary Burton's advice about improvising that night (see an earlier post) Somehow or other, I made it through the night, though. Mike Shepherd had a "conference" with Dick Morgan, afterward, about me. It was a lengthy discussion (or maybe it just seemed that way as I stood in the next room with my guitar). Eventually, Mike came out and told me that I had been accepted. He tried not to admit it, but I know he had been telling Dick that I was capable of a lot more than I played that night. That didn't matter to me: by hook or by crook, I was in! I'm just glad there wasn't a recording of that night.

Another time when I was nervous and, unfortunately, there was a recording, was when my band, Ocean Express (Navy Band San Francisco) played at the School of Music Clinic in Little Creek, VA. Ocean Express was invited to play at the clinic because we had a reputation of being a cutting edge jazz-fusion group. Of course, we could play all the usual popular stuff, but we specialized in tunes performed by the likes of Chick Corea and Return to Forever, Jean-Luc Ponty's band, John McLaughlin and the Mahavishnu Orchestra, etc. RTF's music was carefully orchestrated while Maha was more or less jam tunes in really weird keys and time signatures. At the concert, I thought I played pretty well and came away feeling good, but years later I discovered that there had been a recording. I listened to the recording with great anticipation, and... I... sucked! I sounded like crap! Oh, sure, it was fast crap, but still crap.

Seems like guitar players (myself included) always try to play fast. That's part of my nervousness about the NMA Reunion: I still don't have the chops to play all the really fast licks I used to play.

What is our fascination with "fast"? Our obsession with "faster"? Our goal of being the "fastest" guitarist on the block? Why can't we guitarists, in general, just settle down and play "well"? My answer to that question is I don't know... don't have a clue.

The very best guitarists are capable of playing well and playing fast at the same time. Still, it doesn't take too many choruses of an extreme barn-burner to wear down even the jazz greats. When Joe Pass performed in smaller venues, the audiences had a fair number of guitarists, and he knew it. Joe often played solo. Just him, his guitar, and nothing else. Sometimes I'd have to open my eyes to see if there were more than one musician on the stand, so great was his mastery of technique. He'd play for a while and look at his watch, saying, "Well, I guess it's about time I played something fast". You could spot the guitar players: they were the ones who lit up when he announced a fast tune. He knew... Joe knew what the deal was. Herb Ellis knew, too. Herb could burn a barn with the best of them. I've heard him live and on recordings playing unbelievably fast solos. Yet, very often, he would eschew the fast licks for slower, more soulful ones.

Shouldn't we guitar players (and all musicians) concentrate more on dazzling the crowd with brilliance and turn down the baffle-with-bullshit knob? I think so. Now I've just got to teach myself to play that way. All too often, music is a competition. Sometimes, as with the Van Cliburn, the competitions are organized and there are huge cash prizes for the best musicians. I think there is something intrinsically wrong with that. Of course, at least part of the competitor's arsenal has got to be amazingly fast chops.

I guess I'll just have to live with the butterflies. Certainly, I'm not the only person going to the reunion who hopes he doesn't make a fool of himself. Certainly, I'm not going to be the only person in San Antonio who is worried about his chops (or lack thereof). To them, and to myself, I say relax, play as well as you can, and just let it happen. There are doubtless going to be enough clams played in the Double Tree Hotel to make a very large chowder. Let's not add frustration and disappointment to the soup.

As Obi Wan Kenobi said, "Relax. Use the Force, Luke". And as Yoda might have said to us, "'Higher, Louder, and Faster' is not the Jedi way. Become one with the music, you must. Only then at peace, will you be."
Posted by John Derby at 3:40 AM