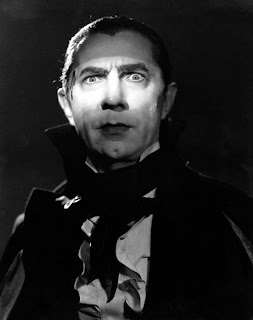 Gosh, it's only 15 days until the Navy Musicians Association Reunion in San Antonio and it is beginning to sound as though I won't embarrass myself too badly when I play with them, although how long I play is still up in the air. And I won't embarrass myself at all in the "sea stories" department, either, although my memory isn't too good these days and I can't be held strictly liable for the veracity of my tales.

Some highlights of my sea stories might be, for instance, the time when MUCM Bill Chizek and the late MU2 Joe Heberer were responsible for getting my ass chewed out in three countries in one day! Talk about your day of infamy...! Or the time MUCM Jim Cunningham's wife, Lorna, whom I used to deliver singing telegrams with (via a company called Eastern Onion) surprised Bob Hope with a belly dance at the US Naval Academy. Or my Most Embarrassing Musical Moment, starring Alan Thicke! Then, of course, there was the "Dial-A-Sailor" scam, perpetrated by MU3 Leo Keiswether. These stories (and many more) would take kilobytes of memory to recount in writing, although I may do so one of these days. Inexplicably --- and believe me, I've tried, and yet I still can't "splic" it --- these (mostly) true tales will only take one or maybe two diet cokes to recount in the lounge.

As I said, my memory begins to fail. Perhaps understandable, as it occurred to me the other day that I've been retired for more that 18 years, now. I've been out of the Navy almost as long as I was in the Navy. Many of my sea stories will include names like "This-MU-Whose-Name-I-Can't-Remember", etc. There are some names that I do remember. Unfortunately, I anticipate spending a lot of time apologizing to them.

Yes, in my younger, friskier days, shall we say, I was a bit of an attitude case. Perhaps more than a bit! As one "sea lawyer" put it: "You know, Derby, they only put up with your crap because they like your guitar playing." Beware of sea lawyers! They will get you in trouble every time. Maybe, unconsciously, I was testing the bandleaders to see how much they liked my playing. Or maybe I was just an asshole. Whatever the case, for the first 16 or so years of my 21 years in the Navy, I had a well-deserved reputation of being an attitude case. A reputation which preceded me to each duty station: by the time I transferred in, "everyone" already knew I was going to be trouble... and I was.

In looking over the roster of NMA members, I see a lot of names of guys who, if they come to San Antonio, I will have to apologize to them. Names like Doyle Church (boy, did I piss him off), Ray Ascione (who was such a nice guy that I actually felt guilty at the time), Jerry Clements (who probably thought I was a Nazi), Phil Field (who had every reason to kick me out of the ABL Course... but didn't), Mark Hammond (who I screwed over for no damn reason), and, I am sure, many others. To them, all I can say is that I really was a jerk, but I am no longer, thanks to electro-shock therapy and the miracle of chemistry. As Bela Lugosi put it when released from a sanitarium after morphine withdrawal, "I am a new man!" To the many musicians I pissed off back then, all I can say is a sincere, "I'm sorry. I'm not like that anymore. Can you forgive me?"

I only hope that they will be able to grant me forgiveness. But if they don't, no matter. I'll get those bastards and make their lives a living hell!

Well, enough for now. Time to practice.
Posted by John Derby at 2:54 AM