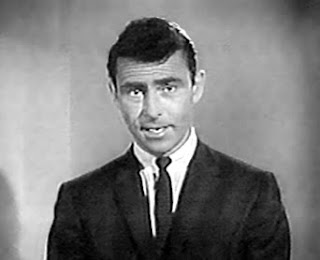 Here it is. Only 2 days until the NMA Reunion. Ann and I will leave tomorrow for the drive to San Antonio. If internet is available at the hotels, I'll post things to let my avid readers know what's happening. The prospect of going on the road again bound for some musical destination feels weird after all these years.

During a break from practicing yesterday, I began reminiscing about the countless number of gigs I've played over the years in cities across... well, across just about everywhere! There is a map of Europe on the wall of my man cave. It is a "cruise map": a nautical chart with lines drawn on it showing where I've been. It looks like some spider with a poor sense of direction drew a web across the face of Europe. Once, I counted the states and countries I've performed in. I've performed in 42 U.S. states that I can remember, and 16 countries. Some good gigs, some bad... while others were just plain weird! There are too many to write about here, so I thought I'd just list the best and the weirdest by category. In this episode, the weird. A performance note: This list is more entertaining if you try to imagine Rod Serling narrating it:

Meet Mr. Derby. A simple guitar player (some say very simple) whose only wish was to make good music. But Mr. Derby possessed a singular ability (some would say a curse)... Not being very firmly attached to reality, he would sometimes come "unstuck" and pass into an alternative dimension. Sometimes he would step into a bus, airplane, or van, never realizing that his next gig would be... in the Twilight Zone...

Weirdest Barbershop Quartet gig: In Orlando, a few of us (four of us to be exact) decided to sing some barbershop quartet just for fun. It was Jim Hayward, Gary Seitz, myself and, I think, Jim Richards. We sang some barbershop songs in the middle of our concerts for variety's sake. Once, while we were singing in the middle of a concert in a tent at some festival or other, the generator popped a cork and all the lights went out. The band was dead in the water, but that didn't make any difference to the quartet. While the generator was being worked on, we killed some time by singing every tune we knew as well as some we didn't know. Our mistakes only made us laugh harder, and the audience enjoyed it, too.

Weirdest Marching Band gig: Somewhere in Florida, we played a parade that was supposed to lead from one small town to another small town right next to each other. Unfortunately, "right next to each other" turned out to be miles of uninhabited orange groves. Some said it was 10 miles. I don't know, but it was at least several miles of slogging in the hot, humid climate through endless orange groves where the only audience was insects. After a while, we just quit playing and fell out of ranks to mosey to the next town, forming up only when we were almost there.

Weirdest Stage Band gig: Has to be the Swamp Cabbage Festival we played every year in Okeechobee, FL. It was a festival where people gathered from "all over" to celebrate the wonderfulness of... swamp cabbage. Here's how to cook swamp cabbage: boil the stuff. Here's how to tell when it's done: it hangs limply to your fork like over cooked spaghetti. Here's how it should taste: tasteless.

Weirdest Show Band gig: Goes to a festival my Sixth Fleet Band played in Sicily. We blew the generator during the sound check, so they hard-wired us to a pizza oven across the street, using a very thin wire which grew dangerously hot. I had to station townsfolk armed with fire extinguishers along the length of wire from the pizzeria in case it caught on fire. Fortunately, it didn't catch on fire, but during the concert, we faced the active volcano Mt. Etna and watched it erupt during the gig.

Weirdest Opera gig: A close second was Opera Memphis staging of Don Pasquale which was set as a spaghetti western, complete with real spaghetti and a life sized fiberglass horse. And the winner is a dress rehearsal of Tosca where, when the heroin throws herself off a castle wall (hey, it wouldn't be a proper opera if someone didn't die a tragic death). Unknownst to the audience (but knownst to the soprano) the stage hands, for a joke, had placed a trampoline out of sight so that when Floria tossed her bad self off the wall, she started bouncing back up again while everyone else sang their sorrow.

Weirdest Rock Band gig: Goes to my Navy Band San Francisco rock group, Nautilus, when our first gig after being formed was in the bathroom (head) of the Treasure Island brig! A rock band in close quarters surrounded on all six sides with shiny porcelain? Not a good combination!

Weirdest Bluegrass gig: Goes to the Bogus Bluegrass Boys of Navy Band Memphis. Okay, it wasn't very weird, but how many bluegrass bands do you know of who switch instruments in the middle of the gig and start playing jazz? The banjo guy would trade for a guitar, the mandolinist (me) likewise, string bass turned into electric bass, and the guitar player became the drummer. I've got to say we did a pretty dang credible job of bluegrass.

Weirdest Patriotic Opener gig: Was in Memphis when we played to open the new officer's club. The grass on the lawn hadn't had a chance to grow, yet, so the guy in charge had this great big dirt lot spray-painted green! Which would have been alright except that we were all wearing whites!

Weirdest Change of Command Ceremony gig: A tough one to call... It was either the one where the departing C.O., whose motto was, "It's not over 'till the fat lady sings" hired a fat lady to sing opera, complete with armor, helmet, and spear. Or it could have been the one where the female departing C.O. became so emotionally overwrought during her remarks that she began to cry uncontrollably, sobbing, sniffling, and embarrassing the Admiral in attendance who could hardly contain his disbelief over the theatrics.

Weirdest Civilian gig: Second place is when I was delivering singing telegrams for a company called Eastern Onion. I wore a tux with a pink ruffled shirt, and around my neck was an electric monkey which banged cymbals in time with my telegrams. But the winner in this category has to be when I played on a TV show on the USA network for the WWF... a show called Tuesday Night Titans. It was a wrestling "talk show" modeled after the Carson show in which wrestlers would be "interviewed" about past and future wrestling matches. Of course, most of the time, the interviews morphed into brawls and general mayhem. Lots of good sea stories about those gigs, but no time to recount them. It's time for....

Weirdest All-Time Group: Goes hands down to the Memphis Symphony Orchestra. Something happens to symphony musicians who have been "sentenced" to years of solitary confinement in university practice rooms --- especially when they weren't wrapped too tightly to begin with! The orchestra was absolutely rife with neurosis! For instance there was a violinist who had a picture perfect bedroom which looked like it had been taken straight from a page of Better Homes and Gardens --- and to make sure it stayed that way, she slept on a cot in her closet! I swear I'm not making that up. And there was a violist (no surprise there) whom I had to reprimand for sexual harassment. While in D.C. for an audition, he presented himself at the White House and asked a nice young man wearing a business suit and an ear-piece to let him speak with President Clinton. He wouldn't tell the Secret Service man what it was about, and mind you, he was carrying his viola case (which he wouldn't let them examine). He explained that he felt only Clinton could understand his problem since they had both been falsely accused of sexual harassment! The nice young man was like, uh... sir, we are going to need you to come with us. I only found out about it when the Secret Service called me to verify the violist's employment.

Once, for a lark, I came up with fitting aggregates for the various sections. You know, like a gaggle of geese, school of fish, etc. They all have their unique personalities. Garrison Keillor once remarked at a Symphony Orchestra League convention that he used to like walking around back stage before the musicians had even taken their instruments out of their cases, and tried to guess what section they played in. He said, "... and I was surprised at how good I was at it." Anyway, to match their personalities, I came up with aggregates like a pride of trumpets, a pod of low brass, a coven of oboes, etc. The most fitting aggregate I came up with was a psych ward of violists, who are, pound for pound, the strangest section of the orchestra.

At my first rehearsal as Director of Operations for the Memphis Symphony Orchestra, a bassoonist came to me and shook a chair in my face, complaining, "This chair is unacceptable!!" I said, "Pull the other one!" I thought he was kidding, but he was not. Shoot, in the Navy we were just glad when we got chairs of any kind! The musician's union argues for crazy stuff like that whenever contract negotiations are up for renewal. I know this is hard for ex-Navy musicians to believe but, for instance, they have an official thermometer and an official temperature range. If the temperature goes above or below the acceptable limits, something like 75 to 89 degrees... they just quit playing. Period. And there is an official clock at rehearsals and gigs. At a rehearsal, once the clock reaches the minute past the contracted hour, they just stop playing, put their horns in their cases and leave! I told you that you wouldn't believe it.

They have a whole bunch of rules like that. There is another rule that absolutely no sunlight is to touch their instruments. Not at all! I remember one ridiculous outside gig where I had made arrangements for a tent to be constructed for the concert. Still, when the sun started going down, a couple beams of light hit the viola section's instruments. So there I was, for the remainder of the concert, standing in front of the orchestra to the conductor's right, holding two big umbrellas up so that the sun wouldn't touch their instruments. What can I say?

I'm sure I'm forgetting some weird gigs, but I need to practice some, get our house in order, and start packing for our road trip to San Antonio. I'll try to post some sea stories about road trips while we are on the way. Until then, I leave you with words that Eva Gabor said on the very weird show Green Acres. She said, "Truce is stranger than friction, dahling."