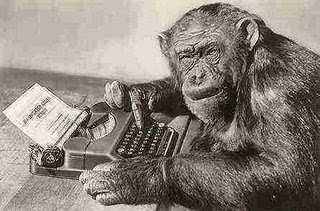 After posting yesterday's episode, "Tedesco the Younger", I remembered a funny story Herb Ellis told us about Tommy Tedesco, renowned jazz guitarist and pretty much first call session guitarist in LA for many years. Herb told us that Tommy could sight read just about anything that anyone threw at him during a recording gig. Herb's story illustrates it in a humorous way:

Herb said that he and Tedesco were on a recording session for some sort of soundtrack. Herb told us that he (Herb) could read music pretty well, unlike many guitarists (including yours truly), but that Tommy could read the proverbial "fly s**t" on manuscript paper -- on many instruments. In fact, since Tommy sometimes had no idea what he would be called upon to sight read at some recording gigs, he had an employee drive a truck load of equipment to every gig: different types of guitars, banjos, mandolins, etc., so that he could unload just the right instrument for the session.

So at this particular gig, Herb was to play guitar while Tommy was to play an "Oud", a middle-eastern cousin of the lute which typically has 11 strings and no frets (to see an "Oud", click here). Tommy didn't own an Oud, nor did he have any idea what one was. He asked someone in charge what an Oud sounded like, and was told that it was kind of a twangy, buzzy sound, so he decided to use an acoustic guitar but detune it a few steps to approximate the sound.

The Oud has many different tuning systems and has no frets in order that an Oudist can play the microtonal scales of the "Maqam system", whatever that is... According to Herb, even though Tommy had a detuned guitar, he was able to successfully sight-read the score by sight-transposing the entire thing in his head. Now that's some sight-reading chops!
Posted by John Derby at 3:34 AM